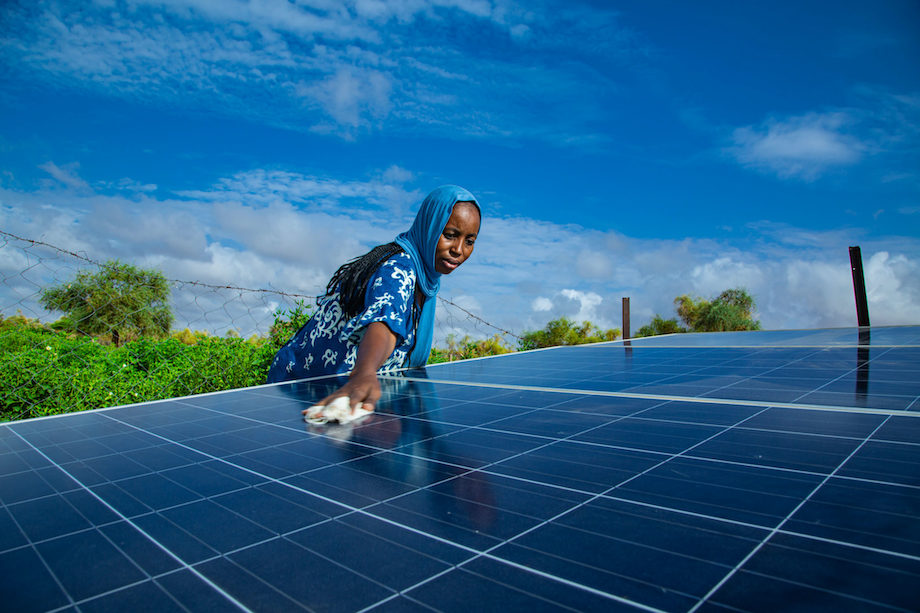 Africa. Its 1.2 billion people in more than 50 countries speak over 1,500 languages. It's not the kind of place where easy generalisations work. Yet, its voices are too often overlooked on the global stage. As the world grapples with climate change and its implications, Africa's strength comes from its unity. A continent that is vibrant, fast-growing, energetic and diverse. And, a key player in showing the way to a low carbon future.

It is a deep injustice that Africa contributes only 3% to global GHG emissions, yet its people will be hardest hit by climate change. Pope Francis has called the global failure to act on climate change “a brutal act of injustice toward the poor”. 55% of the world’s poorest are in Africa. The World Resources Institute (WRI) puts numbers to it: failure to meet the Paris targets will mean that 118 million people will be pushed into extreme poverty by 2030; 15% of Africa’s hard earned GDP growth will be wiped out.

Africa has historically low emissions because many of its people don't have access to essential needs, such as electricity. Energy access and consumption rates in Africa are among the lowest in the world. The average Ethiopian family uses less than one hundredth of the power of one American. Around 600m people don't have access to any energy; 78% of businesses across the continent experience disruptions to energy which means they have to resort to dirty and polluting generators; and energy sits stubbornly in the top three of concerns cited by business leaders.

Nigeria's energy infrastructure is a case in point. Nigeria's enterprises are desperate for power solutions. With roughly 4GW of power on the grid, there is an astonishing 14GW of power provided by private generators off the grid. The real, unsubsidised cost of this mostly diesel-generated power is close to 60c/kwh. Local businesses and entrepreneurs have no choice but to use it. Nigeria contributes 3.5 billion tonnes of CO2e to global warming. And here's the rub: it spends $1.7B on diesel and fossil fuel subsidies that bring that 60c/kwh cost down to about 35c.

As costs of solar and battery storage have come down dramatically over the last 10 years, unsubsidised solar providers have been stepping into this market. Companies like Redavia and Shyft offer solutions for clean, affordable and reliable power at a fraction of the cost. These companies are true market disruption at its best: they outcompete dirty fuels on price, create jobs and drastically cut CO2 emissions. Green growth, with significant potential to benefit people, planet and profits.

Without energy, societies are trapped - people within them can't become as productive and able to flourish in an economy as those that have easy access to cheap energy. Africa needs to be unleashed to achieve its potential.

Africa's population is fast-growing: its 1.2bn people will grow by 500m by 2030 - the fastest rate of growth on earth. Because of this, and the relatively low economic base from where it starts, Africa's energy consumption and manufacturing output need to triple over the next two decades to create the economic opportunities and jobs that will lift people out of poverty. In a business-as-usual scenario, where both energy use and energy intensity increase, Africa's emissions would double by 2050, derailing the Paris Agreement climate targets.

A pathway to build an inclusive new economy

In the last few weeks organisations as diverse as the African Union and Management Consultancy McKinsey’s have offered some solutions. The inherent characteristics of the continent – young, educated, lacking legacy infrastructure, fast growing and richly endowed with natural resources – make it more competitive in the low carbon economy.

The advantage for Africa is that much of its infrastructure, manufacturing capacity and economy are yet to be built. There is every opportunity to direct investment toward efficient, low carbon technologies that deliver for the benefit of all, today. Here are some ingredients:

John Kerry, the US climate envoy, recently suggested that 50% of low carbon solutions will come from technologies that haven't yet been invented. While business and entrepreneurial innovation will play an outsize role in driving innovation and ambition to achieve Goal Zero, the speed and scale of change required to meet the Paris targets requires collaboration on a scale never seen between private and public sectors.

McKinsey sees a $3tn pipeline of high impact investments in Africa that focus on decarbonization and creating millions of quality jobs. For those willing to show leadership and take risks, these opportunities will deliver green growth in Africa: both improving economic livelihoods and climate.