We're building the future of energy.

Currently, more than 600 million people in sub-Saharan Africa live without energy access and spend $17 billion annually on dirty energy. At the same time, disruptive and profitable business are emerging to meet the needs of this market. 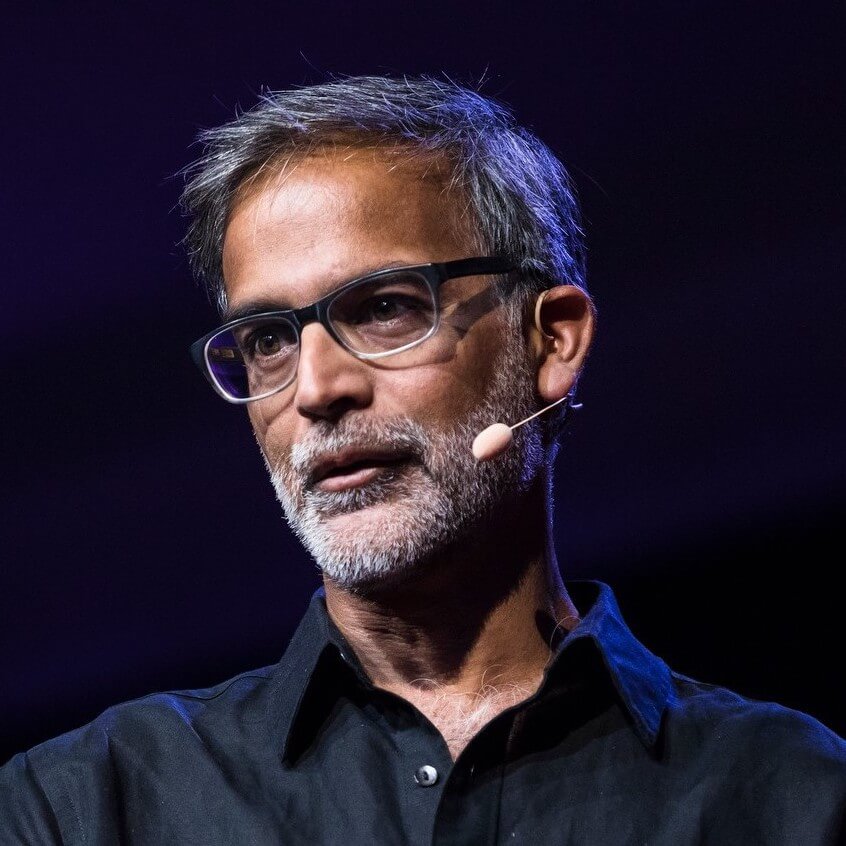 Amar is an investor, scientist and entrepreneur from East Africa. A TED speaker with over 1.6M views, his work on sustainable investing has been featured in Forbes, Bloomberg, and Fast Company. He is the Managing Director of KawiSafi Ventures – a private investment fund that is focused on energy access in Africa. He brings over 25 years’ experience of building markets and businesses in emerging economies. He is an active Board representative on a diverse portfolio of technology-driven companies. Prior to leading KawiSafi, he managed a global investment portfolio of high-risk, high-impact projects for 10 years at the International Finance Corporation and the World Bank before joining the new business team at Royal Dutch Shell to drive growth in domestic African energy markets. He graduated from the University of Oxford and has a PhD from the University of Cambridge. 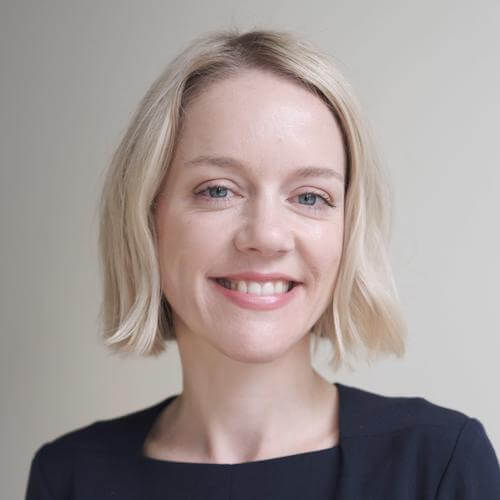 Michelle Haigh Osorio is Investment Director at KawiSafi, driving investments in off-grid renewable energy and related technologies in East Africa. Michelle has worked in emerging markets private equity since 2007, investing in renewable power projects in Latin America while at Conduit Capital Partners and the Carlyle Group. She previously worked in the Public Sector & Infrastructure Banking group at Goldman, Sachs & Co. and at SJF Ventures, a venture capital fund focused on strong financial growth and positive community impact. She holds an MBA from the Wharton School of the University of Pennsylvania and a BS in Economics from the University of Pittsburgh. 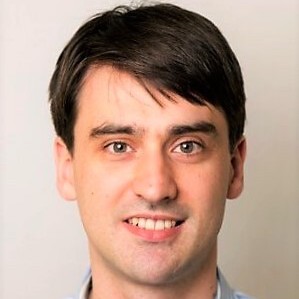 Marcus is Investment Director at KawiSafi where he leads the team across investments, operations, and portfolio management. He has extensive experience in renewable energy across the region, having for the past decade advised governments, regulators, corporations, and private equity funds on policy and investments in the sector. Prior to KawiSafi, he was a Partner in Dalberg Advisors’ Nairobi office where he spearheaded Dalberg’s Africa energy & infrastructure practice. He has advised on $500 million in transactions and fund formations in the African off-grid energy sector. Previously, he also worked at IFC as a corporate attorney where he advised on M&A and private equity fund formation. He has a BA from Trinity College Dublin, a LLM from College of Law London, an MA in International Development and Economics from Johns Hopkins University SAIS, and is a qualified attorney in England & Wales. 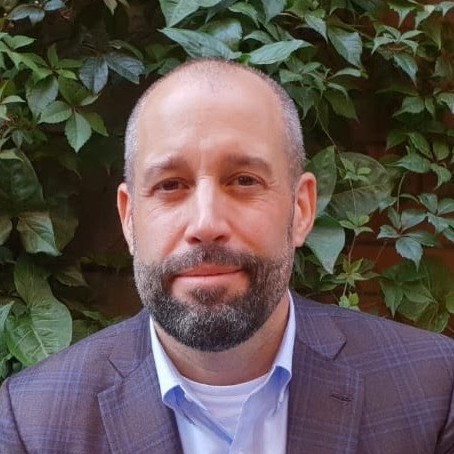 Chad Larson has served as a Senior Advisor to KawiSafi Ventures since 2018. Since 2019, Chad has served as CEO of Kopo Kopo Inc, a leading fintech based in Nairobi, providing payment and credit services for over 20,000 Kenyan businesses. Prior to joining Kopo Kopo, Chad founded and served as CFO of M-KOPA Solar, the award winning pioneer of pay-as-you-go solar in Africa, currently serving over one million rural households. He began work on M-KOPA with the two other founders during its pre-launch piloting in 2010, and has lived in Nairobi with his wife and three boys since the company launch in 2011.

Chad began his career in structured finance at Bank of America, where he worked in various senior positions for ten years, in New York, Sydney and San Francisco. He went on to become Chief Financial Officer of the Africap Microfinance Investment Fund in Johannesburg, and eventually of Signal Point Partners, an incubation and advisory group for mobile payments and mobile services ventures. He serves on the boards of several businesses focused on rural distribution and finance. A Chartered Financial Analyst, Chad holds a Bachelor of Business Administration degree in finance from the University of Wisconsin-Madison and an MBA with distinction from Oxford University. 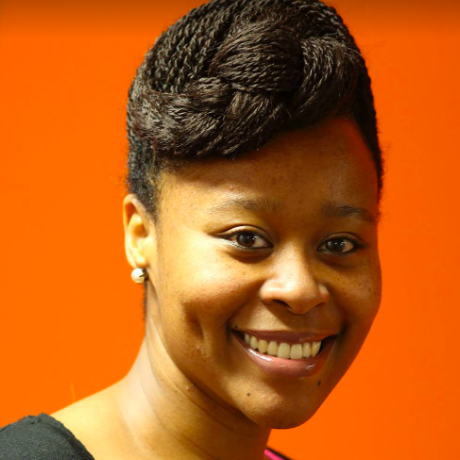 Angela is a Senior Associate at KawiSafi Ventures, where she supports investments, portfolio management and the Technical Assistance Facility. She brings over eleven years’ experience supporting the investment ecosystem across Sub Saharan Africa. She was previously a Program Manager at Gatsby Foundation where she supported the development of a new initiative, Msingi and led the team identifying high potential industries for investment across Kenya, Uganda, Tanzania and Rwanda. She started her career as a corporate finance consultant at Deloitte providing M&A deal advisory for organizations across agribusiness, manufacturing, financial services and TMT (Technology, Media and Telecom) across Eastern Africa. Angela holds an MA with distinction in International Development from the University of Warwick and a BCOM from Strathmore University. She is a Certified Public Accountant and a CFA Level II candidate 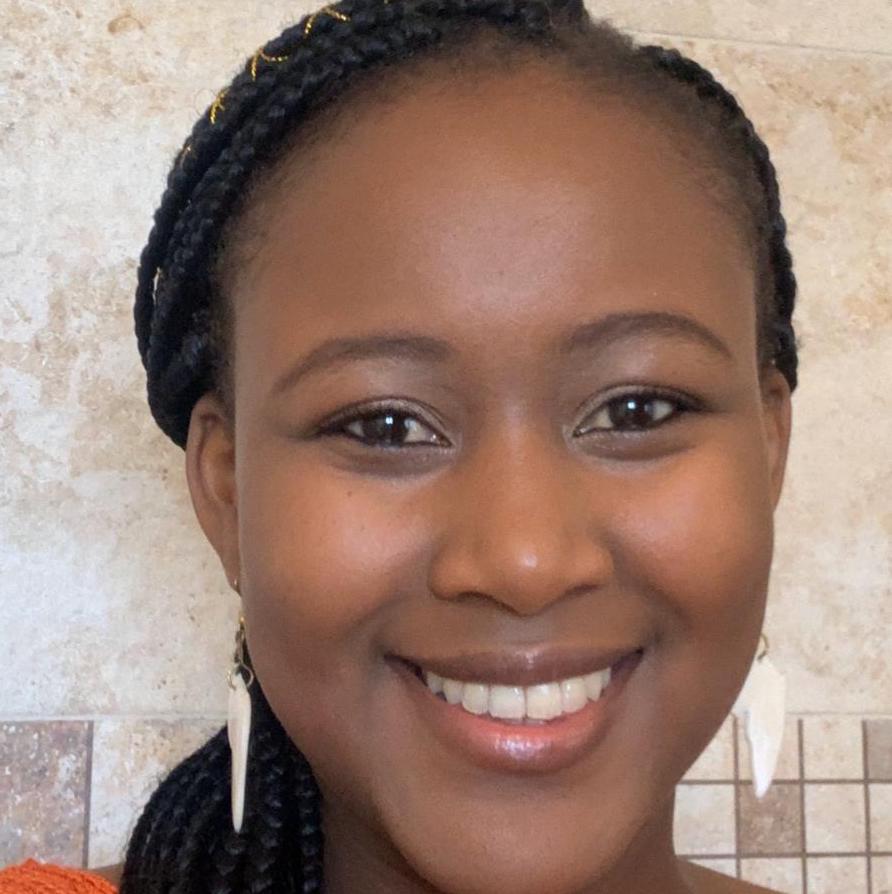 Prior to joining KawiSafi, Mary worked as an independent consultant, supporting businesses in revising their operations strategy. Mary holds an MBA from Saïd Business School, University of Oxford and a bachelor’s degree in Actuarial Science from the University of Nairobi. 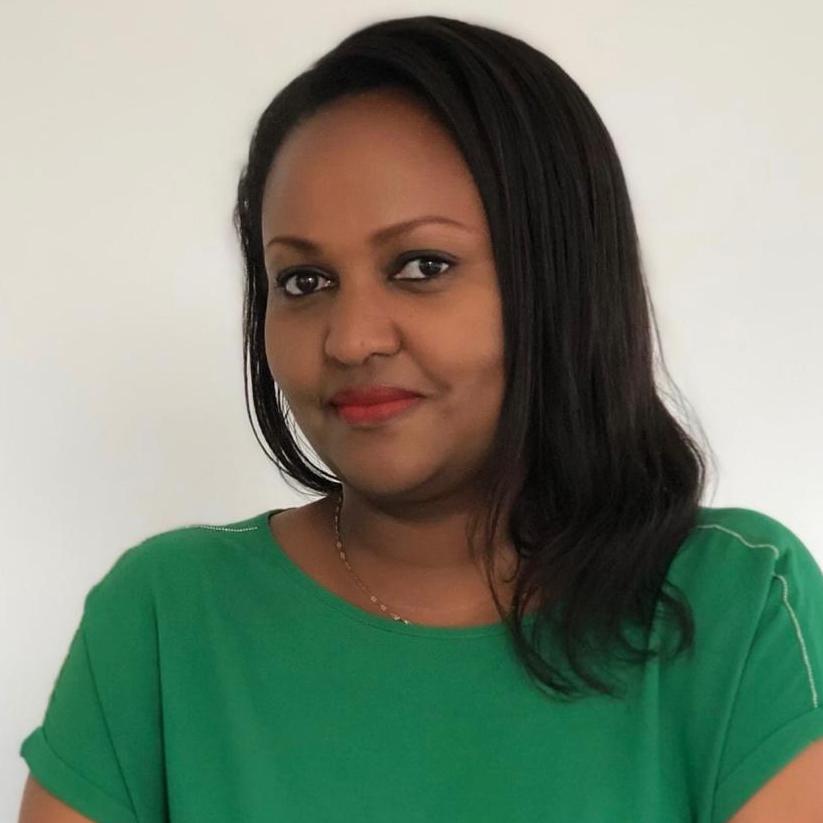 Executive Assistant to the MD and Office Manager

Jackline is focused on ensuring the smooth and professional functioning of the office and team, our social media presence and co-ordinating our HR functions. She is the EA to KawiSafi’s Managing Director. Prior to joining the team, she worked with Rwanda’s national carrier as part of an amazing team that led to the successful presence of the airline in the market by being the direct contact between the airline and corporate clients/travel agencies. She holds a B.A in International Business Management which has spanned 12+ years in Sales and Marketing professional experience in media and travel industry. She also led a team under Sabre Travel Network, to provide the travel market with the leading global distribution systems and deploy innovative technology. 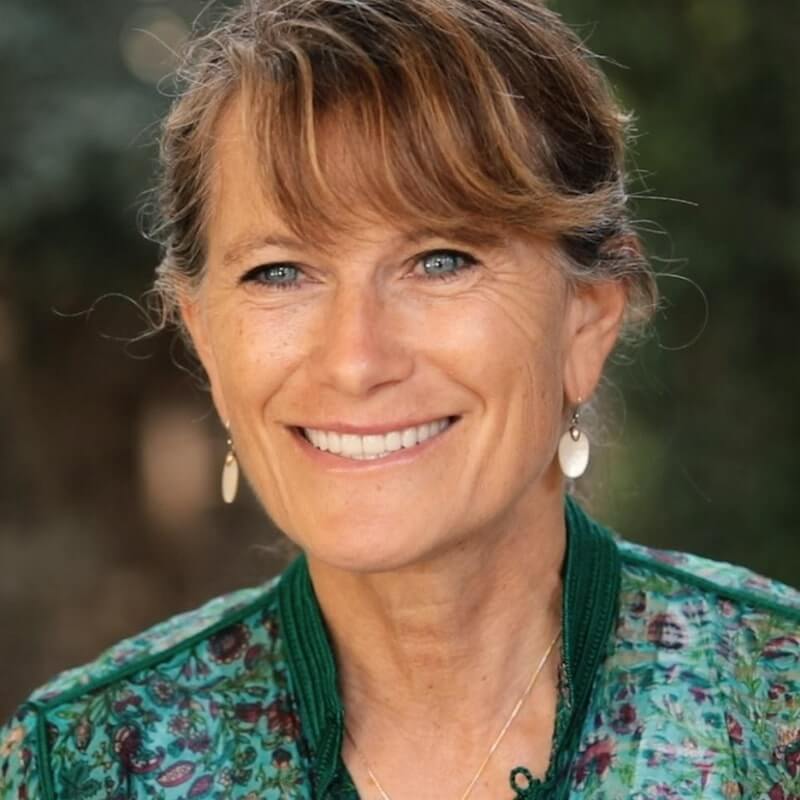 Jacqueline Novogratz has spent her career focusing on building new business models and supporting role models in the pursuit of building a world that puts humanity and the earth at its center, not profit. In 2001, she founded Acumen to invest the right kind of capital in the right kind of character to solve our toughest problems of poverty. To date, the organization has invested more than $125 million of patient capital into nearly 130 companies impacting the lives of 308 million poor customers across Africa, Latin America, South Asia and the United States. Acumen also has launched KawiSafi, an impact fund focused on off-grid solar in East Africa. Acumen also cultivates a new kind of leader through its Fellows Programs and +Acumen, its online school for social change. To date, the organization has built a corps of 500+ Fellows, and more than 500,000 individuals from 193 countries have taken +Acumen’s online courses. Acumen is now reimagining a global university designed to integrate the transformational depth of its fellowships with the scale of +Acumen to equip thousands of young changemakers with the tools and ecosystem to lead in today’s world. To measure what matters rather than what we can count, Acumen developed a metrics tool to gain understanding of impact from the perspective of low-income clients. Lean Data was spun out of Acumen into a standalone company called 60 decibels in 2019.

Jacqueline is the author of, Manifesto for a Moral Revolution: Practices to Build a Better World, a book of twelve principles to renew the world. Her best-selling memoir The Blue Sweater chronicles her quest to understand poverty and bring dignity to the poor.

Jacqueline sits on the board of the Aspen Institute and 60 decibels; and is on a variety of advisory boards. In 2017, Forbes listed Jacqueline as one of the World’s 100 Greatest Living Business Minds. 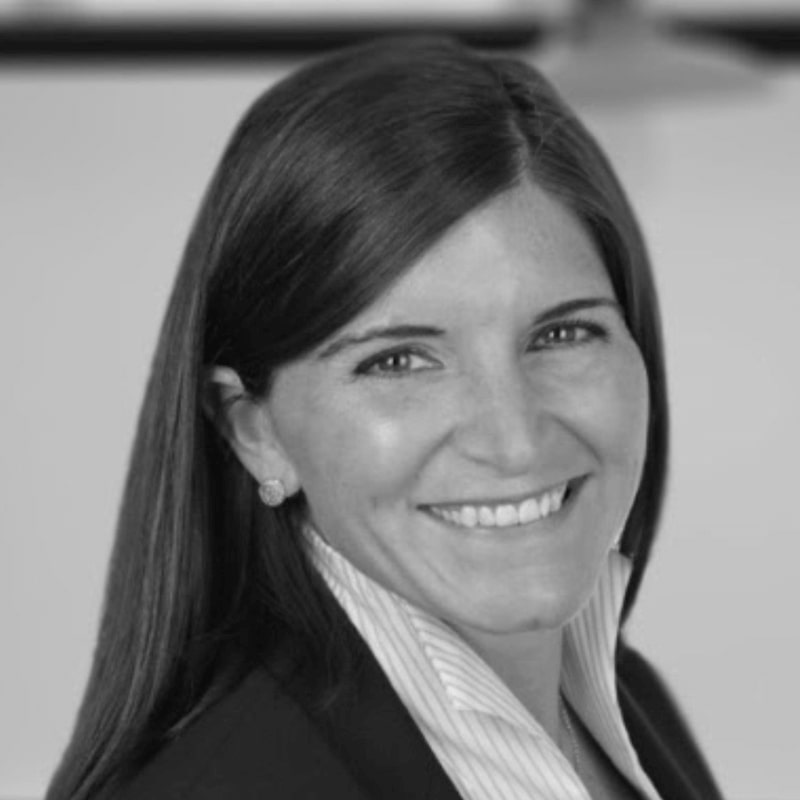 Lauren Cochran is Managing Director at Blue Haven Initiative, where she leads strategy and execution for the family office’s portfolio of direct investments. Lauren makes debt and equity investments with the dual expectation of best-in-class financial returns and maximum positive social and environmental impact. As part of this work she spends more time in sub-Saharan Africa than anywhere else, sitting on the boards of several of Blue Haven’s portfolio companies, working with entrepreneurs, building the ecosystem and finding new investment opportunities. She is also a member of the Blue Haven Initiative Investment Committee. Prior to joining Blue Haven, Lauren worked for five years at Imprint Capital before the impact investment firm was acquired by Goldman Sachs Asset Management. There, she made investments across the developing world in for-profit businesses seeking to improve standards of living, create economic opportunity and better the environment while also generating a commercial financial return. Her interest in emerging- and frontier-market startups focused on improving the lives of populations underserved by existing infrastructure dates back to her 2006-2007 tenure with the William J. Clinton Foundation’s Health Access Initiative—analyzing healthcare infrastructure on the ground in sub-Saharan Africa and working to fill gaps in the diagnosis, care and treatment of children living with HIV/AIDS. Encountering grassroots entrepreneurship in Africa inspired Lauren to pursue a career linking social impact and private equity. Earlier in her career she worked in commercial private equity as an analyst with Deutsche Bank’s financial sponsors group in New York and then as an associate at Diamond Castle Holdings, a private equity firm investing in energy, business and financial services and healthcare. Lauren holds a B.S. from Georgetown University, completed the General Course program at the London School of Economics, and earned her M.B.A. from the Wharton School at the University of Pennsylvania. 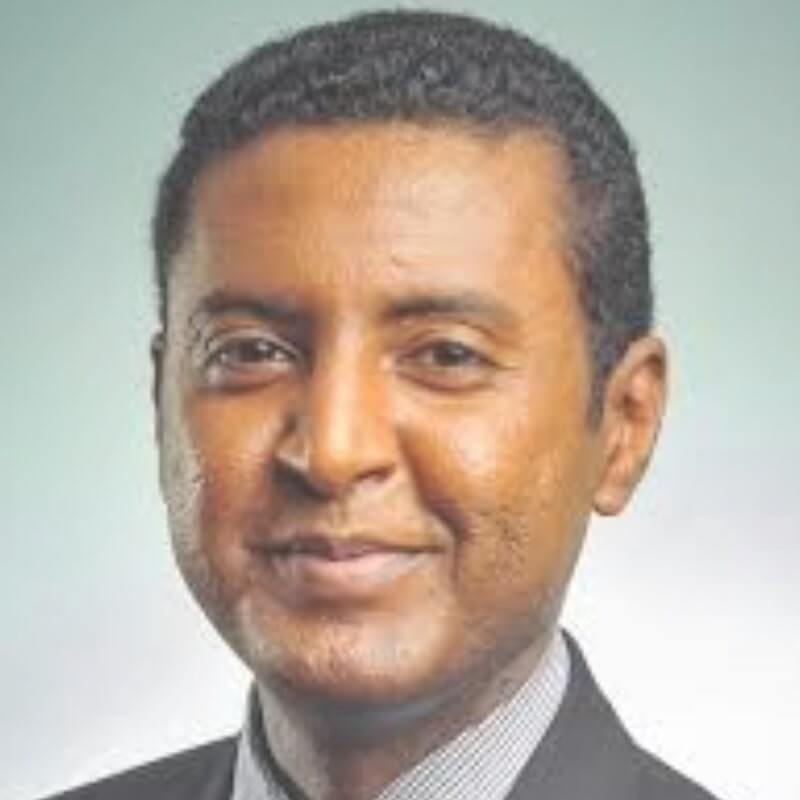 Biniam Yohannes is a Managing Director of Catalyst Principal Partners, an Eastern Africa focused private equity fund manager that invests in emerging and mid-sized companies with strong growth and profitability prospects. Catalyst Funds I and II total $280 million in funds under management.

Prior to co-founding Catalyst in 2009, Biniam had 10 years of experience in investment banking, private equity and emerging markets. He worked at Goldman Sachs for 10 years and was most recently a Vice President in the Infrastructure Group where he was responsible for sourcing, structuring and executing investments across developed and emerging markets. He previously worked in the firm’s Technology, Media and Telecom as well as Infrastructure and Public Finance Groups. 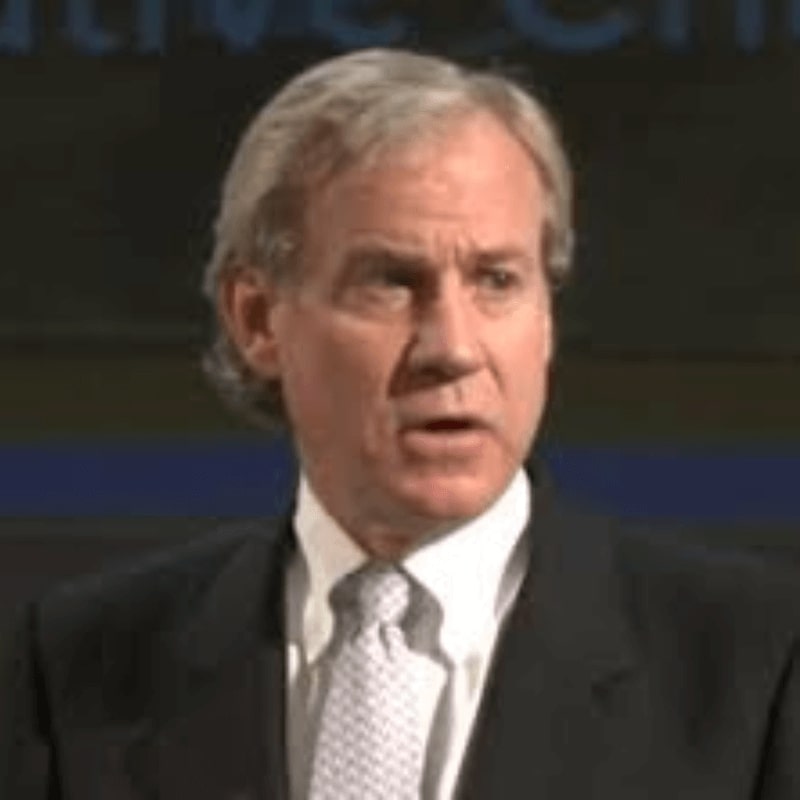 Hunter Boll is Chief Operating Officer for Source Audio LLC, a start-up venture focused on providing consumers with next generation accessories for the musical instrument market, which he co-founded in 2005.

Previously, Hunter was managing director of Thomas H. Lee Partners, which at the time was one of the largest private equity firms in the world. He also has held positions with the Boston Consulting Group, a corporate strategy consulting firm and Chemical Bank, where he was an Assistant Vice President of the company’s Energy and Mineral Division. Hunter is a director of Acumen and Source Audio LLC. He received a B.A. in economics from Middlebury College and an M.B.A. from the Stanford Graduate School of Business.

Amar is an investor, advisor and entrepreneur from East Africa and brings over 20 years execution experience of building markets and businesses in emerging economies. He managed a global investment portfolio of high-risk, high-impact projects for 10 years at the International Finance Corporation and the World Bank before joining the new business team at Royal Dutch Shell to drive growth in domestic African energy markets. He graduated from the University of Oxford and has a PhD from the University of Cambridge. In 2017 Amar spoke at TEDGlobal in Arusha, Tanzania about the thrilling potential for off-grid solar energy in Africa. 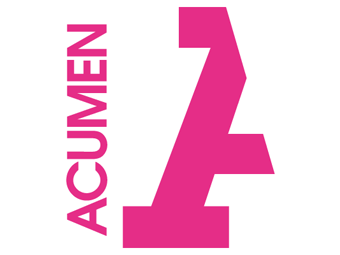 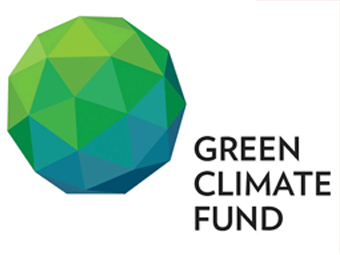